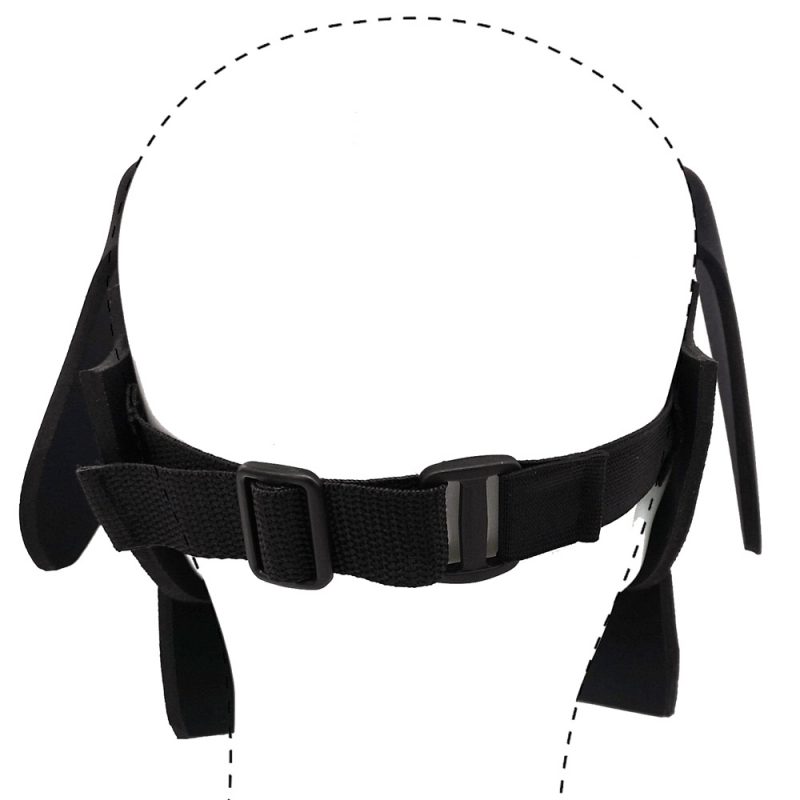 Looking to get a pup hood, but your claustrophobia makes wearing a hood impossible? We may have a solution.

There are various types of hood on the market. Full head hoods (sorry – we know even mentioning it can make some people with claustrophobia anxious) are definitely a no-no.

“Half-hoods,” those that cover your face but not the back of your head, may be okay for some as they are cooler, and except for leather ones, pretty light. But there is a definite feeling of wearing one, and straps go over and behind your head.

Muzzles, again very little to them as they are just a muzzle, but because they need to stay on your face they have a strap around the back and one over the top, and, like “half-hoods” they cover your mouth.

The solution may be in Wruff Stuff’s neoprene starter hood. The neoprene is breathable, it’s quite thick but very very light and spongy. It has no jaw, so there’s no feeling of coverage on the lower half of your face, and you barely feel it on the upper part; and it has a single strap around the back of the head.
As far as contact with skin goes, we don’t know of any other hood on the market that has less contact. The lightweight neoprene touches the bridge of your nose, a small amount on your forehead, and the one polypropylene 30mm strap around the back, which is adjusted to fit, non-elastic so that it doesn’t pull.
It’s also cheapest hood that’s made by a reputable hood-maker, and it’s returnable.

Just one note: take the Burton (the one with triangular pointy-up ears) as Baker’s ears can flop in front of your eyes.

So if you are claustrophobic, and you’ve been putting off wearing a hood because of that, rocking in at under £40 (about $50USD) it’s worth a go. https://wruffstuff.com/puphoods/starter-pup-hood